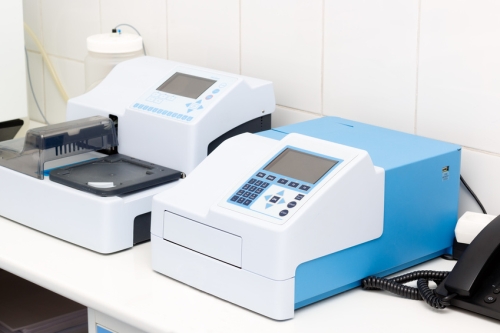 Every drug development process starts with the identification of a drug molecule that has the potential to battle, control, prevent or cure diseases. Within the process of identification of such compounds several analytical procedures are involved. It is mandatory to have the molecule free from unwanted impurities, to show that the molecule possess the right concentration within the formulated drug, to verify its identity and potency. Hence a variety of analytical methods is employed.

In general, molecular spectrometry is widely preferred for content determination but other techniques such as chromatography in combination with spectrometric methods are also used. Over the years, many new methods are developed to increase the selectivity, reliability, and sensitivity of analysis of drug molecules.

Let’s investigate one such spectrophotometric method developed by Ashour et al., for the determination of Fluvastatin in the study of pharmaceutical preparations. Fluvastatin sodium, the monosodium salt (FVS), is an antilipemic agent that inhibits hydroxymethylglutaryl-coenzyme A (HMG-CoA) reductase, which carries out an important step in cholesterol biosynthesis. FVS is mainly used to reduce plasma cholesterol level and prevents cardiovascular diseases.

Historically, several electroanalytical methods are used for the determination of the FVS. Apart from a variety of voltammetric techniques, FVS has also been determined by capillary electrophoresis (CE), first derivative spectrophotometry and High-performance liquid chromatography (HPLC). Additionally, a compendial method listed in the British pharmacopoeia exists.

FVS upon reaction with 4-chloro-7-nitrobenzofurazan (NBD-Cl) generates a strong yellow color. This property of FVS was exploited to develop a method for determination of FVS in pure form and in pharmaceutical formulations. The method presented by Ashour et al. is the first kinetic spectrophotometric method developed for the assay of FVS. It is claimed to be simple and fast.

The electroactive halide reagent NBD-Cl has been introduced in methods to determine amino acids and amines. The most important factor for the absorbance study is the generation of color by the reacting agents. In this study, it was observed that FVS reacts with NBD-Cl in acetone medium at 55 ± 2ºC generating a yellow color with maximum absorbance at 462 nm. To establish the proper experimental conditions, multiple factors such as temperature, concentration, absorbance and choice of solvents were considered.

It is interesting to note that the intensity of the generated color was seen to be directly proportional to the time until reaching the maximum. This observation was used to develop the kinetic study for determination of FVS. Different approaches to establish a calibration curve were tested (rate data, rate constant, variable time and fixed time methods).

These four approaches were checked for applicability, sensitivity, the values of the intercept and correlation coefficient (R2). In all 4 approaches linear relationships with a correlation coefficient R2 of > 0.99 were obtained. Best results were seen for the rate data and a 20 minutes’ time fixed method (linearity: 15-50 µg/mL for rate data and 10-90 µg/mL for 20-min time fixed method). For these methods the limit of detection (LOD) and limit of quantification (LOQ) were determined. The rate data method has a lower LOD than the 20-min time fixed method (0.017 versus 0.134 μg/mL), while for the LOQ it’s vice versa (fixed time: 10 μg/mL and rate data: 15 μg/mL). Additionally, for the 20 minutes’ time fixed method Ringbom optimum concentration (15-50 μg/mL) and Sandell’s sensitivity (0.147 μg cm-2 per 0.001 absorbance unit) were calculated. Sandell’s sensitivity is the mass of analyte per unit volume of solution, which will give an absorbance of 0.001 in a cell of path length 1 cm. It can be used to compare different molecules regarding their sensitivity to be detected by spectrophotometric methods. It has been described by Sandell in 1944 (Sandell E.B, 1944, Colorimetric Determination of Traces of Metals, Interscience Publishers, New York and later in 1959). The Ringbom optimum concentration range (T% = f (log C), where C in μg/ml) is a range with the highest accuracy due to the minimum photometric error. It has been proposed by Ringbom in 1939 (Ringbom A., 1939, Accuracy of colorimetric determinations, Z. Anal. Chem. 115, 332-342). As these two parameters for photometric determinations are quite old, their benefit for current methods is somehow questionable.

For analytical method validation of the two methods, trueness and precision were evaluated. Therefore, six determinations at four different concentrations were performed and relative standard deviation (RSD%) for precision and relative error (Er%, showing the difference between the determined and the theoretical concentration regarding recovery) for trueness were calculated. The results obtained indicated high trueness and precision, as RSD% values up to just 2.38 and Er% values up to just 1.41 were observed.

Selectivity has also been evaluated. FVS is sold in capsules, containing e.g. 20 or 40 mg FVS and various excipients. To analyse selectivity, a mixture of typical capsule excipients was analysed together with the drug and the relative recovery (%Recovery) for FVS was calculated. The excipients didn’t show any influence on the relative recovery as in all experiments performed recoveries of 100.32 ± 0.49 to 101.41 ± 0.48 were seen. None of them showed any absorbance in the range of analysis.

One of the important aspects of method development is its closeness to already accepted methods. Therefore, the performance of two methods was compared with the non-aqueous titration method listed in the British pharmacopoeia. All three methods were applied on FVS in its pharmaceutical formulation as a capsule on the same batch. Using student’s t-test (for trueness) and variance ratio F-test (for precision) the obtained results were compared and no significant difference between these methods was seen.

The method is intended to be used as an assay test (= determination of FVS content). As per ICH (International Conference on Harmonisation of Technical Requirements for Registration of Pharmaceuticals for Human Use) guideline Q2(R1) for an assay test linearity, range, trueness, precision in terms of repeatability and intermediate precision as well as specificity have to be determined.

To sum up, the biggest advantages of the methods presented are simplicity and the time effectiveness. They are relatively uncomplicated and much faster than many other established analytical methods. The validation work performed was very good except for the fact, that 1 concentration for linearity and the intermediate precision experiments are missing. Like this it would be unlikely to be accepted by any authority.