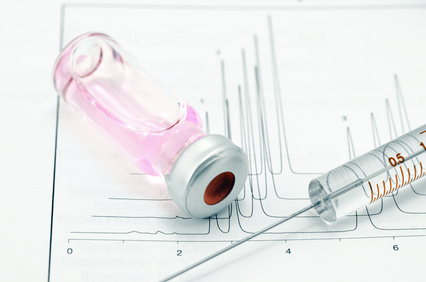 Thin Layer Chromatography (TLC) and densitometric methods have been used for analysis of various compounds. However, these methods are not used for the analysis of clobetasol propionate (CP) as active ingredient of drugs. CP is frequently used worldwide as pharmaceutical formulation in the form of ointments, creams, lotion, and cosmetics.

It is a corticosteroid of the glucocorticoids and is used in the treatment of many skin diseases due to its anti-inflammatory and immunosuppressive activities. For treatments, it is often used alone or in combination with other topical agents. Most commonly used methods for the determination of CP are spectrometry, and liquid chromatographic methods such as RP-HPLC, and MS-HPLC. In this blog article, we will discuss the validation of a simple TLC-densitometric technique developed by Dolowy et al. for the quantification of CP in topical solutions as an assay according to the method categories defined by the ICH.

For optimization, the method was performed as follows: CP was run against its related compound and pharmaceutical impurity clobetasol on a precoated, pre-activated TLC plate using silica gel 60F254 as a stationary phase. A mixture of toluene and methanol was used as the mobile phase. The plate was pre-activated at 110°C for 20 minutes. Saturation of the TLC chamber for 20 minutes with mobile phase was done to enhance the reproducibility and peak shape of the analytes. A total distance of 7 cm was covered by the mobile phase. The plate was scanned at λ = 246 nm and the spots were analysed. The method criteria were evaluated in previous optimization studies and as a result of this optimization a clear separation of CP and clobetasol was observed.The calculated ΔRF > 0.05 (RF = retardation factor) between CP and clobetasol confirmed the separation.

The optimized method was validated according to the ICH guideline Q2(R1) assessing the parameters specificity, linearity, trueness, precision, robustness and limit of detection / quantification (LOD / LOQ).

For specificity, CP in its marketed topical solution was run against a standard CP. The spot of the test sample was confirmed by comparing the RF value of the sample against the one of the standard. RF is defined as the distance travelled by the compound relative to the distance travelled by the solvent front. The peaks of both standard and the sample were measured at three different regions (‘S’ denotes the start of the peak, ‘M’ the middle and ‘E’ the end of the peak). A good correlation [r(S, M) = 0.998 and r(M, E) = 0.994] further showed specificity of the method. Additionally, in the chromatogram of the topical solution no further peaks are seen, thus no interference of any excipient / additive (such as carbomer, isopropanol and sodium hydroxide) is detected.

Linearity was performed in triplicates for seven different sample concentrations in the range of 0.188 - 5.0 µg/spot. The calibration curve considering these concentrations was prepared by plotting the peak area against the CP concentration. A correlation coefficient r > 0.995 was observed. Furthermore, a beautiful 3D TLC chromatogram showing the peaks obtained with the different CP concentrations as well as a residual plot and quite a lot of other statistical data as e.g. the standard deviation of the slope and the intercept are presented.

LOQ and LOD were determined to evaluate the method’s sensitivity using the values obtained by the calibration plot formed by using the peak area measurements of CP at the lowest part of working range (see linearity experiments above). The values were calculated considering the slope and the standard deviation of the response and a factor of 3.3 or 10 respectively and the following values for LOD = 0.061 and LOQ = 0.186 µg/spot were obtained.

Trueness was evaluated by spiking experiments where amounts corresponding to 50%, 100%, and 150% of CP (of the label claim = 0.50 mg/mL) were added to the topical solution, thus concentrations of 0.75 mg/mL, 1.0 mg/mL and 1.5 mg/mL were analysed. The trueness was presented as % recovered during recovery studies. The samples were run in triplicates and studied under optimized conditions. Recovery was found within the range of 98.7% and 101% with %CV < 1% for all the samples. These recovery values indicated lack of interference from excipients and other additives present in the topical solution as already been shown during the specificity experiments.

Precision was assessed by the performance of repeatability and intermediate precision with day to day, analyst to analyst and instrument to instrument evaluations. The topical solution corresponding to a 1.0, 1.5 and 2.0 µg/spot of CP was run either three times on the same day (for repeatability) or over a week by two different analysts on two different batches of the plates (for intermediate precision). Precision was demonstrated in terms coefficient of variation (%CV). During repeatability, the mean recovery ranged between 98.7% and 101.5%. The %CV for the same was below 1%. For intermediate precision, recovery values of CP were found to be ranging between 98.0% and 99.3%. The %CV for the same was observed to between 0.40% and 1.17%.

Robustness was determined by introducing minor changes with respect to chamber saturation time (± 10 min), plate activation temperature (± 10°C), development distance (± 10 mm), and mobile phase volume (± 10 mL). Similar amounts of CP as used for the precision studies were tested for robustness. The parameter was checked for 3 different CP concentrations i.e., 1.0, 1.5, and 2.0 µg/spot. For all the concentrations, the %CV obtained was less than 2%, showing a good robustness of the discussed method.

Furthermore, the method was used to determine CP in commercially available topical solution with 0.50 mg/mL CP along with other excipients. A final concentration of 0.25 mg/mL corresponding to a 1.25 µg/spot was analyzed. According to the USP monograph, the content of CP in topical solution must not exceed 110% or go below 90% of the label amount. The mean content of six determinants were found to be 0.49 ± 0.02 mg/mL (with a %CV of < 2.0) corresponding to 98% of the claimed content which lies comfortably within the range of 90% and 110%.

In conclusion, TLC in combination with the densitometry is a good method that could be used as a routine test for determination of CP in formulation solutions as all validation parameters evaluated showed good results. For an assay, the evaluation of LOD / LOQ is not required by the ICH guideline. This might have been evaluated in this publication due to the fact that this method is also able to discriminate between CP and its impurity clobetasol as shown in the development section. But in case this method should also be used as an impurity test, it would have been better to have performed the evaluation of LOD / LOQ with the impurity.

Additionally, nothing is said in this publication about the range of the method. But the range can be defined based on the linearity, trueness and precision experiments. The linearity has been shown to be quite broad, trueness has been analyzed in relative high concentrations, the precision (and the robustness experiments) have been performed with spots ranging from 1.0 to 2.0 µg and the confirmation experiment with commercially solution has been done using 1.25 µg/spot. Thus, the range might be defined to be 1.0 to 2.0 µg/spot. This would be in good accordance with precision and linearity, but regarding trueness, any experiments covering this range would have been better. As nothing is said by the authors about the range to be applied, this is just our conclusion.

Regarding the presentation of the work in this paper, it should be highlighted, that the authors showed really beautiful colorful 3D chromatograms when appropriate, give explanations for the calculation of separation factors with equations and demonstrated the data in very comprehensive tables as well. It was a pleasure to read this paper. Of minor importance, it can be remarked that the authors refer to the ICH Q2(R1) also in justifying their obtained values in such a way as if acceptable limits for each parameter would have been given by the ICH which is not true.