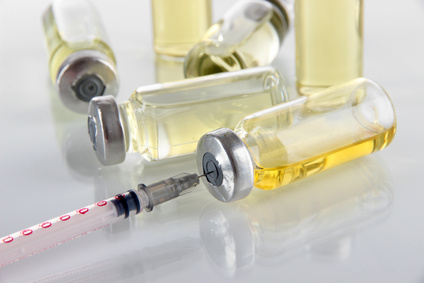 For drug release, not only the presence of the active pharmaceutical ingredient in claimed concentration and potency is important but also a low amount of impurities. Such impurities can be, for example, production related. An example is biotechnological manufacturing of drugs (e.g. therapeutic proteins) using bacteria. In sterile, e.g. parenterally administered drugs, no germs are allowed to be present and additionally no bacterial "residues". These can be fever-inducing components of the cell membrane of certain bacteria, so-called endotoxins. They can be detected by various methods, one of which is the Limulus Amoebocyte Lysate (LAL) test.

The performance of this LAL test is described in the pharmacopoeias (Ph. Eur. 2.6.14 and USP <85>) and can be done in various ways, e.g. as a quantitative photometric test or as a limit test applying the gel clot technique. In quantitative tests, precise results with numeric values are obtained; while in limit tests, only a statement can be made whether endotoxins are present in the sample (in a concentration higher than the limit) or not.

Accordingly, there are different requirements for both LAL tests (quantitative or limit) in respect to the parameters to be evaluated during compendial method verification:

The determination of the MVD (maximum valid dilution), i.e. the maximum allowable dilution at which the specified endotoxin value of the drug can still be determined, is required in both cases. The formula for calculation is given by the pharmacopoeia and is defined as product of the specified endotoxin limit value of the drug to be analyzed and the sample concentration divided by the declared sensitivity (in case of gel clot technique) or by the lowest standard concentration (in case of photometric determination). Any specific experiments are not required; this is purely mathematical calculation. Of course, the MVD should be considered when planning the experiments of the other verification parameters. The future measurement of samples during routine analysis will usually be done at lower dilutions.

The procedure for testing for interfering factors is also specified by the pharmacopoeia for the LAL test. The purpose of the test is to demonstrate that the matrix of the drug does not interfere with the recovery of an added endotoxin spike. In other words, the composition of the drug itself should not negatively affect the detection of potentially present endotoxins. Therefore, in the turbidimetric test, different dilutions are made (all less diluted than the MVD) and spiked with a known endotoxin concentration. Then, the recovery of the spike is determined. Also for the gel clot method, dilutions of the sample are prepared and spiked with decreasing endotoxin concentrations, in the same manner as for the determination of the labeled lysate sensitivity (see below). Accordingly, a sample is free of interfering substances if it has a declared lysate sensitivity in the same range as that of the standard.

The determination of labeled lysate sensitivity only applies to the gel clot technique of the LAL test and can be considered very roughly as linearity and LOD determination. Again, the pharmacopoeia specifies exactly how to proceed. A dilution series of the endotoxin standard should be prepared to determine the lowest standard which still forms a clot. Using the given formula, calculate the endpoint concentration that corresponds to the labeled lysate sensitivity if it is within the range of 50 - 200% of the manufacturer's specification.

A determination of linearity ("assurance of criteria for the standard curve") is required by the pharmacopoeia for the quantitative photometric determination of the LAL test. Thus, e.g. 4 concentrations of the standard are prepared, measured and the plot of the logarithms of concentration against reaction time is examined by means of linear regression. In doing so, the correlation coefficient of the regression line must at least be 0.980.

The determination of the detection limit (LOD) is not a required parameter, but can easily be calculated, since it is the product of planned sample dilution (the dilution at which the sample will be tested in routine analysis) and the lowest standard concentration of the linearity determination.

For robustness, e.g. other lots of microtiter plates or dilution buffer might be tested, if deemed appropriate. These are then used as described above in the test for interfering factors and compared to those previously applied. The determination of the optimum pH value could also be investigated during robustness.

A determination of repeatability might also be useful in some cases, e.g. if it should be used as system suitability test (SST) criterion as described in the next section. Of course, this only makes sense in samples known to contain still low levels of endotoxin, such as those during drug substance manufacturing. In practice, usually 6 replicates of a sample are used to determine the endotoxin concentration and to calculate the relative standard deviation.

In addition, SST criteria can be defined during compendial method verification. For the photometric determination these might be, in addition to the correlation coefficient of the standard curve, e.g. a negative or positive control or requirements regarding the relative standard deviation of the replicates of the endotoxin standard or of the samples.

Verification as described above is also necessary for the extremely popular Endosafe systems. Although the Endosafe cartridges received FDA approval in 2006 (Biological License 1197), this referred to the requirements applicable at that time. However, since 2011, the 1987 published "Guideline on Validation of the Limulus Amebocyte Lysate Test as an End-Product Endotoxin Test for Human and Animal Parenteral Drugs, Biological Products, and Medical Devices" has been withdrawn because it doesn’t reflect the Agency’s current thinking any longer, as evident in the answers to laboratory questions. An undoubtedly very comprehensive LAL verification has been described by Carvalho et al. 2020.

The verification of a compendial method (such as the LAL test described here) can be performed with different degrees of complexity. In any case, it is mandatory to perform at least the tests prescribed in the pharmacopoeia. For a relatively simple gel clot limit test, the amount of compendial method verification can be very short. Of course, this is also possible for a quantitative photometric determination. However, depending on the sample or potential customer requirements or based on the experience of the laboratory, it may also make sense to evaluate further parameters.