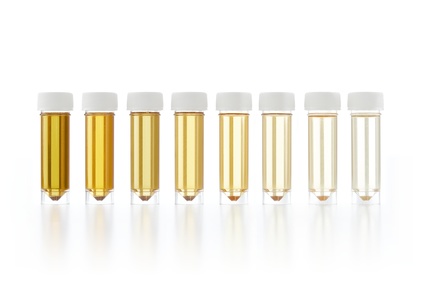 A request via our homepage prompted me to focus more intensively on the terms "dilution integrity", "dilution linearity" and "parallelism". They all belong to the area of bioanalytical methods’ validation, i.e. those methods in which a biological sample such as human or animal blood or urine is examined. Such analyzis are needed during the development of drugs in the context of preclinical and clinical studies. The analytical methods to be used, such as LC- or GC-MS or ligand binding assays (LBAs), have to be validated before use. In contrast to the validation of analytical methods for already authorized drugs, there is currently no harmonized guideline on the requirements for the validation of bioanalytical methods. Thus, the different authorities have issued their own guidelines, see also our blog article. Accordingly, confusion can easily occur. In this blog article we would like to explain the 3 terms in more detail and differentiate between them.

First of all, it should be noted that all three terms are basically concerned with the effect of diluting "samples", although samples must be discussed in detail later on.

The terms dilution integrity and dilution(al) linearity are very similar in meaning, both intend to show that a sample possessing an analyte concentration outside (more accurately above) the validated range, can be diluted into the measurable range. For this purpose, so-called QC samples are used, that is the biological matrix (that is, for example, blood without analyte), which then is spiked with a defined amount of the analyte resulting in a known analyte concentration. This concentration should be above the ULOQ (upper limit of quantification). So far so good. This is true for both terms, but there are two main differences:

The difference between these two terms is nicely summarized in the Questions and Answers section of the Japanese guideline for ligand binding assays: „Dilution integrity is tested to confirm that the dilution procedure has no impact on the measured concentration, while dilutional linearity is tested to confirm not only dilution integrity, but also the absence or presence of a hook effect or prozone.”

Parallelism is a term that again refers only to ligand binding assays. In contrast to dilution linearity / integrity, a so-called incurred or study sample is used as sample. This is a "real" sample obtained from human or animal exposed to the drug in development. This sample should have a high endogenous analyte concentration (and not spiked like a QC sample). Just as above, a dilution series is prepared, but compared with the one of the calibration standard. These two should exhibit a parallel gradient. The purpose behind is the detection of potential matrix effects and the demonstration that the binding affinity of the analyte in the sample to the antibodies is just as high as that of the calibration standard.